The Left Coast Lifter, one of the world’s largest floating cranes, has arrived at the Tappan Zee replacement bridge construction site. The Left Coast Lifter was used on the rebuild of a portion of the San Francisco-Oakland Bay Bridge that was damaged after an earthquake. It’s estimated that the use of this crane on construction will save taxpayers $1 billion. 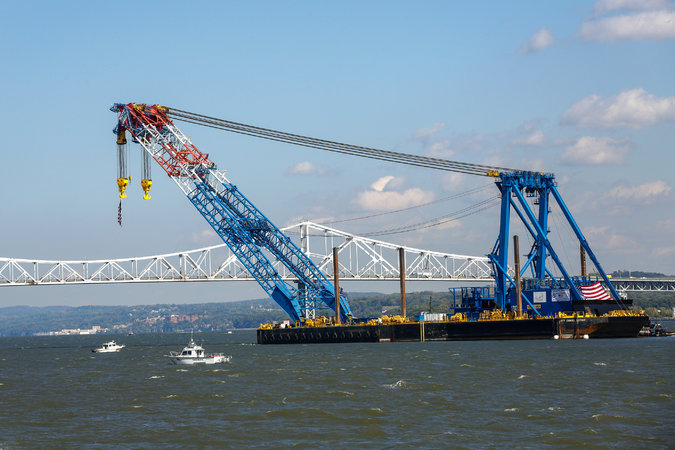