Skip to content
Winnipeg faces at least $1.2B tab to stop sewage from flowing into rivers

Winnipeg’s existing combined sewer system was built in the 1940s and overflows during heavy rains dump 900 million liters (approximately 237 million gallons) of untreated raw sewage directly into rivers each year. A report by the city’s water and waste department estimates it will cost $4.2 billion for a full separation of the water and sewage system, and $1.2 billion just to upgrade the existing system. 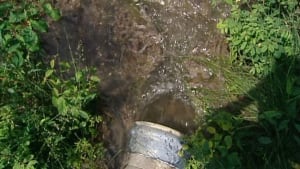