The Silver Line Design-Build project in Washington D.C. has had numerous construction issues and delays with no end in sight. In April 2014 the public agency in charge of the project entered into a memorandum of understanding (MOU) with their private contractor partners to finish 33 items that needed to be complete before they could start testing the new rail-system. A month or so later however they had gotten less than a third of them finished making many wonder when the line will actually be open to the public. Article provides additional details on the background of the project and the other issues it has had along the way.  The project is more than seven months late and has a $150 million cost overrun, bringing its total value to $2.9 billion. 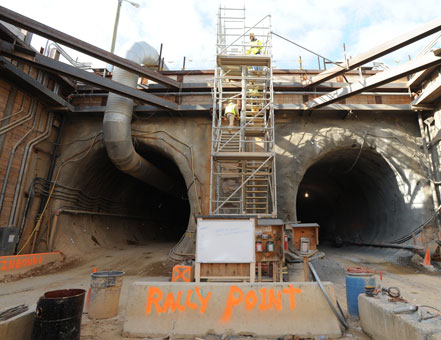