A 100-meter (110-yard) flyover under construction in Kolkata, India collapsed onto a busy commercial district killing 23 people and injuring several others. Police have since detained seven of the contractor’s employees and sealed IVRCL’s offices. The contract for the flyover was awarded to IVRCL in 2007, and construction is five years behind schedule. IVRCL says the collapse was “an act of God”. 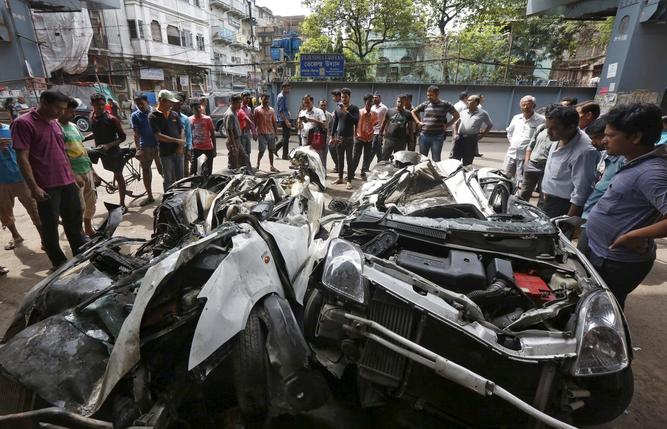